Because Hatred is easy to spread !

For a couple of years, my blog has remained rather inactive. And there’s a reason to it.

I’m decent with social networking and sorts. In fact, I have always been an early adopter of technology in general, but the last couple of years have been a little harrowing. With the upsurge of social media, individuals have started to posses unprecedented power of expression, a power that is being abused relentlessly these days, in the form of unnecessarily strong but ill-informed opinions. 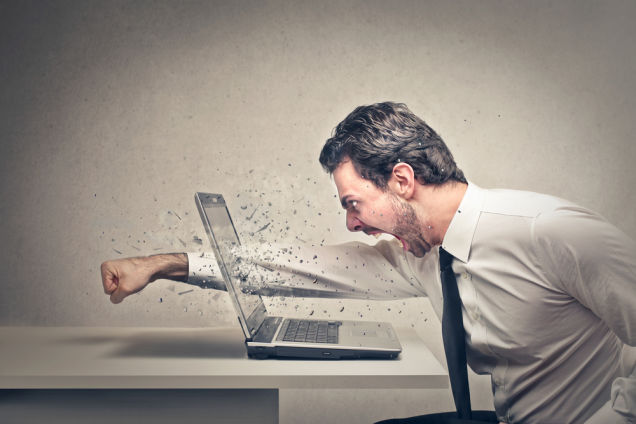 And, with my mellowed emotions and milder choice of words, I began to feel slightly out of place, and I must admit, a little discouraged too. Nevertheless, I’ve mustered up some courage again, and will write from now on.

Social Media, we all know, is an angry place. Because it’s the only world where you can talk without interruption, don’t have to face immediate retaliation, and you always have the chance to retract what has been said. That rarely happens in the real world. Powerful ! Isn’t it? But it doesn’t end there.

It also gives you a unique opportunity to find out people with similar set of opinions. And that helps in aligning an individual opinion with a collective one.

So you must be wondering ‘what’s wrong in that?’

Well, a lot is wrong. Because that sense of alignment has now gradually transformed into a form of divide.

If you are an Indian, you have to hate everything that is even remotely related to Pakistan, by default. If you are a ShahRukh fan, you are supposed to abuse Salman at every opportunity you get. If you like Modi, you have to despise all that Kejriwal says and does. If you’re with Arsenal, you simply can’t like a Chelsea player, doesn’t matter how good he is. Gone are the days of mutual admiration transcending boundaries.

It has become much easier, with the advent of social media, to monger hatred and seclusion in the name of fandom, ideology or even nationalism. Because the voice of an individual can hide easily within the crowd. Because the veil of anonymity can be worn anytime. And because there will always be buyers for hatred, even if there are none for affection. Not a great space, is it?

This has now gotten woven into our DNA, somehow. There is no “I guess I don’t like it that much” sentiment these days. It is either “I just love it” or “I just hate it“. And we may even be able to hold ourselves back when we like something. But when we don’t like something, it will be all over social media. There is no ‘in between’ zone. The virtue of indifference is almost extinct. Taking a side on any issue is imperative. And hurling the other side with incessant hatred, looks like the only resort.

We are, now a days, defined by what we hate, and not by what we love.

Because hatred is easy to spread. Because negativity sells the most. Because harsher words get easy attention, more eyeballs, more likes, more shares, more re-tweets, more reach. . So we use them at every juncture. We bash celebrities, sportsmen, artists, politicians, films, books, countries and even religions, without realizing that our opinions are subject to the our interpretations; our interpretations of the limited understanding and information that we posses.

We curse things, places and people, with all disdain, without even having the slightest of knowledge about the issue. Why ? Because the ‘Fan Group‘ or the ‘Political ideology‘ we belong to, says so. And hence, we form an opinion first, and then start researching (selectively) over the issue, which is a dangerous exercise.

Once we are in that vicious trap of conforming to the collective thought of a section of people that we once chose to follow, we find it difficult to differ from them at any point of time.

That, in my opinion, is what is wrong.

Collectivism is great, because we can only do well in unison, and not alone. But collectivism should never result in confinement and isolation. It should create bridges, not boundaries. And it should never come at the cost of an individual’s choice of opinion and expression. Alliance is meant to uphold an individuals feelings, not crush them

I am not saying that I have never been guilty of the same. I also don’t think my opinions are always the most informed ones. I am just saying that we all are at fault. Us, and everyone else. And somewhere deep within, we all know that.

Let us, thus, contemplate – what are we turning our social space into?

I know it is virtually impossible to wait for the truth to reveal itself, before forming an opinion. But I don’t think it is that difficult to be a little lenient in our expression, in our choice of words, and in our eagerness to hate.

Can we not remain open to take back our words, once found wrong? Can we not resist the temptation to use strong words? Can we not avoid hate post? Well, I don’t have a universal answer to these. But I’m sure, everyone can answer for themselves.

Let’s bring back courtesy, shall we!

PS: Last month, I faced the biggest tragedy of my life, and I had a lot to say and write about a lot of people involved. But my resolution for this year was to avoid hate post, so I didn’t write a word. And it felt terrible initially. But looking back at it now, I feel proud of it. Holding back may be painful, but it has a value of its own. A value that is invaluable.