If Only, Papa was a Soldier

My father worked in the Indian railways, and at the time of his death, he was a Senior Section Engineer, Signals.

Dad lived his job, quite literally. He was in charge of one of the largest, and the most difficult to manage, sections in this zone of Indian Railways, and that is probably why he was stationed there for almost 24 years. That 100 km long section, he knew like the back of his palms. When Dad was first transferred here, he was an ESM. Moving from an ESM to SSE is like moving from a shift worker to a CXO in an MNC.

As I was growing up, everyone around me had led me to believe that Government servants had relatively lighter workload, compared to their corporate counterparts. But that argument could never convince me entirely. Probably because I had seen my father toil.

Dad never took breaks. Unless absolutely necessary, he would not take leaves either. He would go to office even while suffering from Jaundice. He would get called up at odd hours, when there were signal failures (here, he paid the price for being the most capable among his colleagues), but he would still go. He missed some of the most important events of my life, but I had never seen him miss a Call of Duty. He always believed that people who work for the government are the servants of general public. And public servants must never shy away from their duties.

My father was an exceptionally polite gentleman. It was hard for him to offend anyone. But, at his job, he did have a few altercations, mostly with his seniors, over matters of principle. When I was young, I thought of Dad as an overly idealistic and unreasonably honest man. His colleagues, and even his juniors, had earned way more that he could. But as I grew up, I realized that he was busy earning something else; it was the admiration and awe of the people around him. His dignity was unquestionable, his character spotless. And a testimony to that dignity, was the number of GM awards he won during his tenure.

As people grow towards higher positions, their jobs become more administrative in nature. But my dad somehow never wanted that to happen. He was so engaged with his work that he kept doing those ‘hands-on’ jobs. He would walk along the tracks for hours, he would climb up the signal poles, he would help workers lay underground cables. SSEs are not supposed to do that. They are supposed to instruct other people to do that. Dad didn’t care, though. For him, work was work, no matter who did it.

But wait, Dad was 58 years old. He kept sweating his guts out, day in and day out, but some day, the body had to give in. And it did

There was an Inspection scheduled in his section in March last year, and hence, the work was doubled. I could sense that my father was overburdened. He came home exhausted everyday, sometimes huffing and puffing as he climbed the stairs to our apartment. He was lost, worried and tired, all the time. He would just come back from work, eat, sleep and then go back the next morning. For those few days, he was almost living like a robot.

That day, as his colleagues told our family after his death, he was having chest pain while he was in a meeting. ‘Sharma Uncle‘, one of my father’s oldest colleagues, told him to go home and take rest, but Dad shrugged his suggestion off, saying that there is still a lot of work left, with very little time to complete it.

He came home that night, as his usual tired self. It was a weekend, I went to my cousin’s place for a night out (and how I regret it now). My Dad had severe chest pain at around 2 AM. Mom was calling me up, when Dad told her not to, as he did not want to disturb me in the middle of the night, in case I was sleeping. Damn!

The next morning, I got a call from Mom, asking me to come home as soon as I could. I came back, Dad was on the bed, holding his chest, yet suggesting to me that it was just normal chest pain caused by acidity. But my cousin, who is an MBBS student, and I forced him to come with us to a doctor. And once we had his tests done, we realized that the night before, he had had a heart attack!

Now, Just put everything aside for a moment, and think about this. The pain of a Heart Attack is one of the most excruciating physical sufferings a human being can ever encounter, and yet, this man curtailed it so that his ungrateful son doesn’t have his sleep disturbed.

That just summed up my father.

A day later, while he was still in the ICU, he had a repeat attack. I was there, beside his bed, along with a couple of doctors who were trying to comfort him. The nurses took my mother out of the ward. The doctors looked worried, the intensity of their efforts increased, so did that of my Dad’s pain. He flung up and down on his bed, a couple of times, almost as if he had been thrown on a trampoline. Then, all of a sudden, his body movements came to a frightening halt. His eyes closed slowly, and the last person he was looking at, was me.

All this sounds too familiar, doesn’t it? We’ve all seen it, heard or read about it through some or the other medium. Let me tell you, it’s nothing like anything you’d ever have seen or read. The experience sucks the soul out of your being for a while, and that image stays to haunt you for life. Watching your father close his eyes for the last time, is a sight I’d wish no one ever gets to see.

The next few days were sheer torture. Just as we were trying to come to grips with what had happened, almost every railway employee in my father’s section, regardless of the department, did not go to work. It was a silent revolt, catalyzed by my father’s death. A lot of stuff was written against the railway authorities in the news papers; the reporters tried to make us take names. When we didn’t, they cooked up fictional accusations against a few of my Father’s seniors, and published them in my name.

My Father’s death shook the Railway authorities up, at least for a little while. There was almost a collective sense of disbelief. And then, it faded away from the short lived public memory. 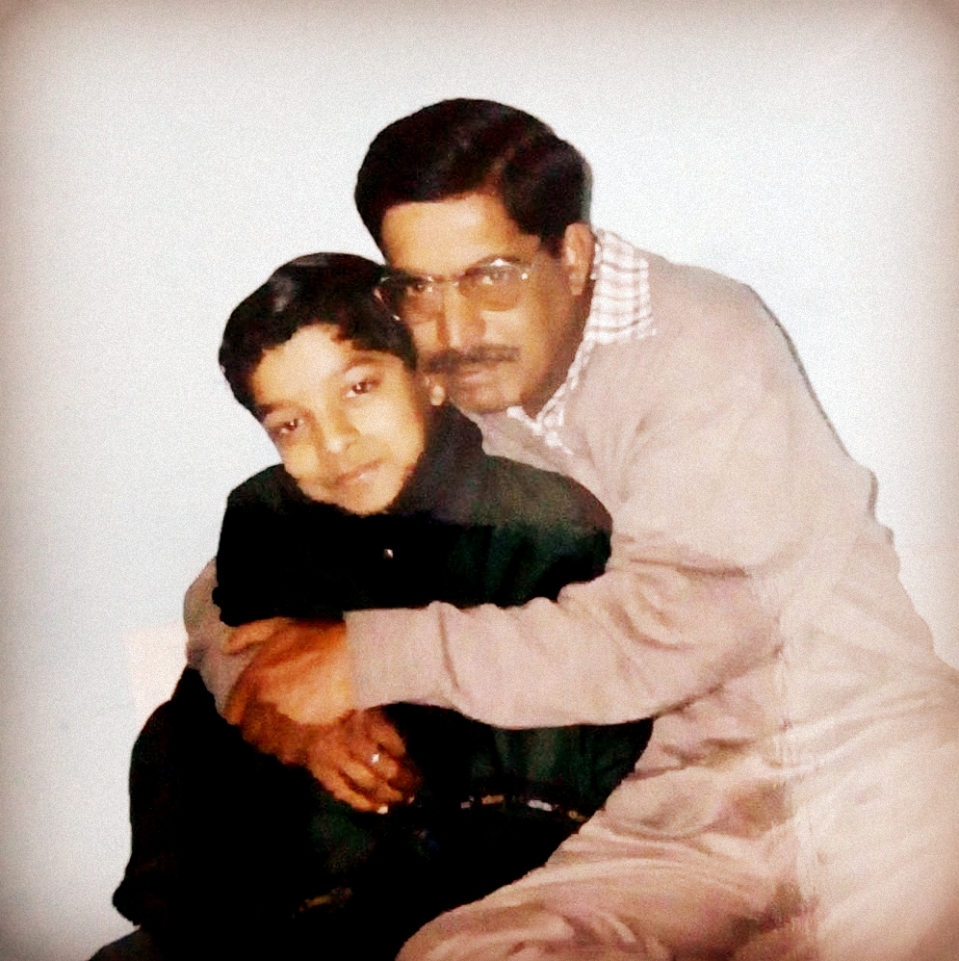 Although this became a big issue in the Railways and the Print Media at one point in time, the most important aspect of the story got lost in smoke. It was the recognition of my father’s selfless service.

My father was fondly called ‘Singh Saab‘, by his seniors, colleagues and juniors alike. Everyone knew that ‘Railway’ was Singh Saab’s first family, his wife and son always came second. And everyone was of the opinion that Singh Saab could almost give his life for the Railways.

Well! In the end, he did. He literally did.

But that part of the story never came to the fore. Because he died working for the railways. And that is why I now wish my father was a Soldier.

When a soldier dies on the front, doing his job of protecting his motherland, not only does he achieve martyrdom, he also attains the reverence of his countrymen for eternity. His death is grieved upon, his candor is pledged upon. And all of that is richly deserved, because to lay your life down for your country, is the most supreme form of sacrifice.

Though my father was not a soldier, he always lived like one. I’m not trying to say that his work killed him, but his unending dedication towards his work, probably did.

Yes. Fighting on the front is patriotism. But so is doing you duty, in public service, and fighting the system from within. My father didn’t die in uniform, he did not have any medals over his chest, nor was his body brought home wrapped in a tricolor. But if giving everything up, including your health & wealth, in Public Service, is a measure of Patriotism, then my Father was a Patriot of the highest order.

And, through this post, I want to tell my Father up there, and all those Government Officials who hold their guards, firm and honest, in spite of everything that happens to and around them, that you have my respect, and everybody else’s too.

I’m not trying to take away any of the respect that the soldiers get. It would be foolish to even think of that. All I’m asking for, is similar recognition for people like ‘Singh Saab’, so that the next time, a son isn’t led to believe that his father is overly idealistic and unreasonably honest.

2 responses to “If Only, Papa was a Soldier”